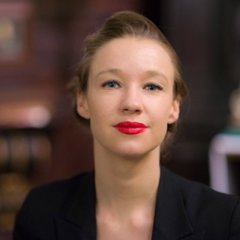 Elise is a French soprano who trained in France, Italy, Germany and in the UK. Her last opera roles include Rosina (Barber of Seville, Rossini) and Musetta (La Boheme, Puccini) with Villa in Canto at the Landon Theatre, and First Witch (Dido and Aeneas, Purcell) with the Fauristes. With Clemens non Papa consort she sung in Dido and Aeneas, (Purcell) Les Plaisirs de Versailles (Lully) Les Fêtes de l’Amour et de Bacchus (Charpentier), Jephte and Jonas (Carissimi). She sung Poulenc’s La Voix Humaine, opera for one singer by Poulenc on several occasions, including at Voila Festival.

In London, she was an active member of the London Philharmonic Chorus, The Ionian singers and the BBC Symphony Chorus with which she performed in the Last Night of the Prom’s.